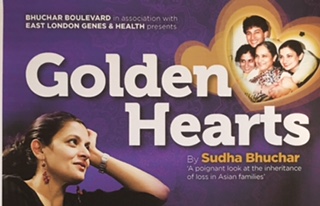 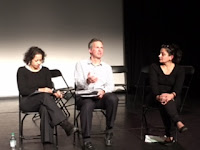 Does anyone notice when we use Twitter at Health Research Conferences?
- Does anyone care????

Like many others, I use Twitter at Health Research Conferences and often get a few re-tweets, likes and some impressions. I tweeted randomly and didn't really have a plan. That has changed.

I was recently invited to be a speaker at the Kent Research event #healthresearchkent and decided to be a bit more organised and tactical in my approach.

I prepared a number of Tweets and used Hootsuite to schedule them at points before the event and during my talk. 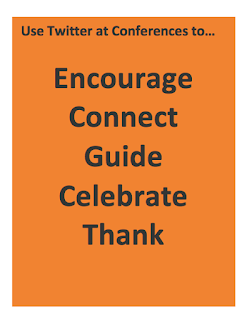 As I was preparing my Tweets I began to think about WHY I was going to Tweet.

I have come up with 5 reasons but wondered what are your reasons? Please Tweet using #SoMe

I did so to ENCOURAGE dialogue in general and promote further debate around a topic rather than just rely on a brief Q&A. I want to encourage people who had been tweeting using the #healthresearchkent

I tweeted to various people using their @ to invite them to get involved.

I also wanted to CONNECT people who were attending, e.g.: @EcpdCarolyn @Ssarahdickenss and with those who weren't, @JBBC @kareninns1 @NIHRCRN_KSSPPI I was keen to make other relevant connections such as #HARTSofthePossible and #whywedoresearch. Twitter gives us a real opportunity to connect with people, organisations and campaigns

Scheduling Tweets allows us to GUIDE the conference participants to many of the resources which exist such as advice and guidance on Public Involvement from @NIHRINVOLVE The Learnzone is a great place to start on the National Institute for Health Research new website. We can choose to provide links to policy documents, good examples of practice and useful websites.

It is a great way to CELEBRATE such initiatives as the massive open online course Improving Healthcare through Research which provides information that is accessible for all.  Using Twitter at means that we can speak up about the Patient Research Ambassadors @PRAI 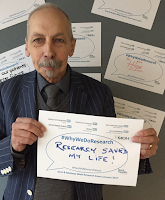 Twitter is a great way to say THANKS - to researchers for the work you do, for all the people who volunteer to take part in studies, to conference organisers and attendees who share their work and are committed to Evidence Based Practice. Thanks to #healthresearchkent for a great day!

I thoroughly enjoyed hearing the various speakers on a great range of topics.

Finally, what about the missing word - IMPACT. Thanks to Carrie Jackson and SYMPLUR for producing this excellent summary of the activity  - 1,324,974 Impressions is pretty good!


@WeNurses summed it up beautifully - Don't just tweet ... think WHY!

Posted by Derek online at 11:26 No comments: