As we think about Open Research, I have chosen 'No Hiding Place' as the title for my talk. This was the name of a TV police drama in the late 1950's. It brought to the small screen a more modern approach to policing that had been categorised by the reassuring local police presence 'Dixon of Dock Green'.

It was a very different time.

A single television channel, in black and white, which was availabile for a few hours during the evening. The world in colour provided only in short edited 'newsreels' when you could afford to go to the cinema. 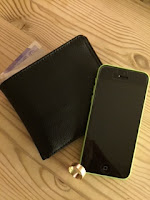 No Hiding Place was intended to capture the changes in policing and, I suppose, send out a message of reassurance to the public. I was enthralled and engaged by owning a toy car similar to the one seen in the opening sequence.

We live, now, in a very different world and I would like to illustrate the need to engage and actively involve the public using three objects: my phone, wallet and wedding ring. These are presented as symbols of the need for greater openness and complete transparency.

Let me start with the ring. It represents a relationship. 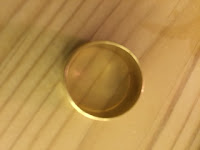 For years in research there was NO relationship with patients and the public. We were merely seen as trial subjects, to be done to, numbers for recruitment. Research was for researchers. Actions were taken at times without our permission and even without our knowledge. Belsen, Tuskagee, Liverpool. Individuals, like Henrietta Lacks, were not acknowledged nor recognised until years later. The public reactions to these events resulted in policy changes, damages reputations and for industry adversely affects the share price. 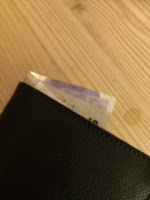 This takes me to my wallet - in the past the financial relationship with the public was similarly uni-directional. Research charities set up, ostensibly by scientists for scientists. The desire was genuine yet left a pervading attitude of we are clever people who can find cures: give us money. The outcome has allowed many of us to live beyond the diagnosis of life threatening illnesses but the public wants more.

You will, by now, sense a certain crude simplicity in my hypothesis yet the intention is one of distillation and clarity. 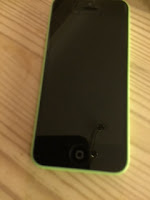 The third object is the smartphone - representing information. In essence, it symbolises the transformational need to address open research as never before. These phones demand, enable and have the potential to empower the world of research. Equally, they hold risk, a simple comment can circulate the world in minutes in less than 160 characters

Open Research cannot just be about open science, open data, etc. It is as much about open thinking - a change in the culture of researchers as much as the practice.

The smartphone provides me with information 24hrs a day that will allow me to find out about and increasingly gain access to available studies through the NHS CHOICES website
http://www.nhs.uk/conditions/clinical-trials/pages/clinical-trial.aspx

I can even find out about Improving Healthcare through Clinical Research, a University of Leeds - Future Learn initiative that has had over 8000 people signing up for its first run. A familiar theme in the online dialogue is about what happens with the results of a study.

I can communicate with patient groups, advocates and researchers throughout the world. I can help inform, persuade and shape research. Increasingly, I am seeing research that invites me to become a partner and to use data I collect on my health and wellbeing.

All of these require a very different relationship with the public in general and especially with people affected by an illness or condition.

It is no longer enough to say the professional knows best. The knowledge balance has shifted and consequently so has some of the power and influence.

The public is becoming increasingly selective about what they will fund and charities are responding. Care and self management of a condition are now seen as important to patients as cure. Quality of life and story can now be combined as never before.

Relationships are not easy. They begin, they evolve and sometimes they break. They seem to work best where there is joint journey, a reciprocity, an honesty and a sense of humour.

For Open Research it has to begin with more conversations with people who are affected by a condition or have a likelihood to develop it. Open Research is about maintaining that relationship in a way which is manageable and appropriate.

There will always be people who make hiding places.

Your choice, is whether to see Open Researcher as a way of life in research - why wouldn't you do it.

Whose data?
Whose voluntary time?
Whose money?
Whose body, tissue, sample?
Whose health?
Whose life?

It could belong to YOU!

The notes above come from a talk I gave at a workshop organised by Vitae Connections: Supporting Open Researchers: https://www.vitae.ac.uk/events/Vitae-Connections-Supporting-Open-Researchers